I wanted to share what my nonprofit, DogsBite.org, released today:

Read: Beyond the Interview – Essay of a Fatal Pit Bull Mauling

DogsBite.org Releases ‘Beyond the Interview’ Essay: Father of Child Killed by Babysitter’s Pit Bulls Speaks Out After Attack

Jeff Borchardt, the father of a young boy mauled to death by two pit bulls, and the owner of the dogs, Susan Iwicki, speak out to warn others about the myth, “It’s all how they’re raised,” to prevent future pit bull maulings and fatalities. 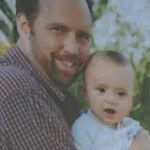 Austin, TX July 26, 2013 — DogsBite.org, a national dog bite victims’ group dedicated to reducing serious dog attacks, releases Beyond the Interview, an 8,500 word essay detailing a fatal pit bull attack. The essay follows a June 10th interview with WISN when the father spoke to the media about his son’s death for the first time. On March 6th, 2013, Daxton Borchardt, 14-months old, was brutally killed by his babysitter’s pit bulls while under her care in Walworth, Wisconsin.

Beyond the Interview was created through direct phone calls and emails over a 6-week period with Jeff Borchardt, 39, the boy’s grieving father, and Susan Iwicki, 30, the babysitter and owner of the two pit bulls. Both are compelled to speak out after believing the widely pervasive myth, “It’s all how they’re raised.” On March 6th, states the essay, “Susan’s well-raised pit bulls acted out their genetic heritage by inflicting an unpredictable destructive attack that took a boy’s life.”

Read: Beyond the Interview – Essay of a Fatal Pit Bull Mauling